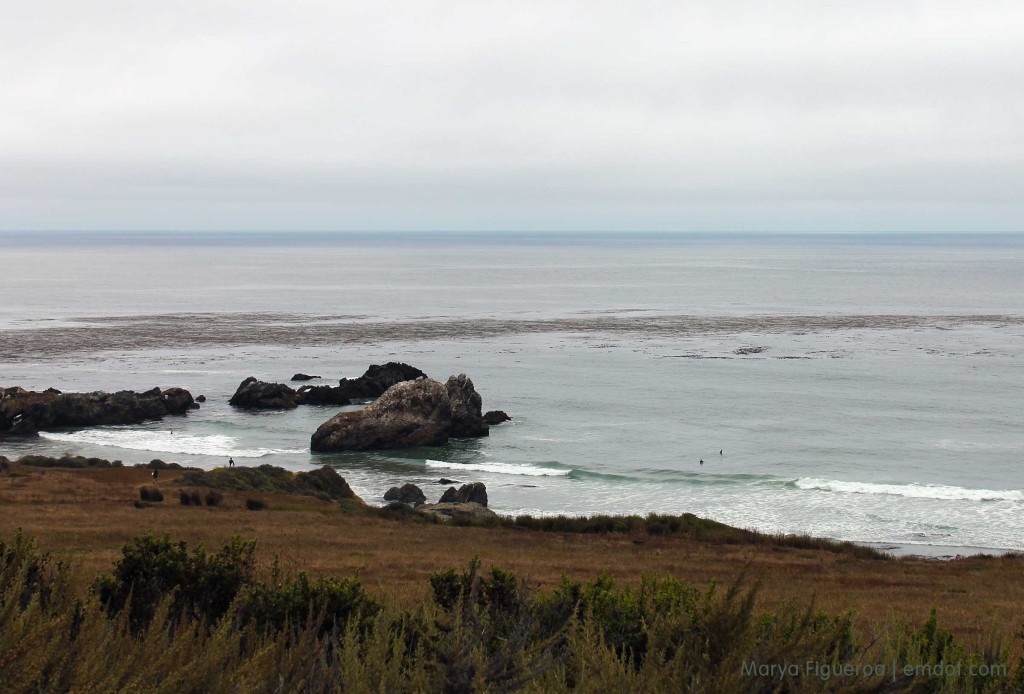 The day was overcast — the sky heavy with a low-lying fog supported by a stubborn and relentless marine layer. 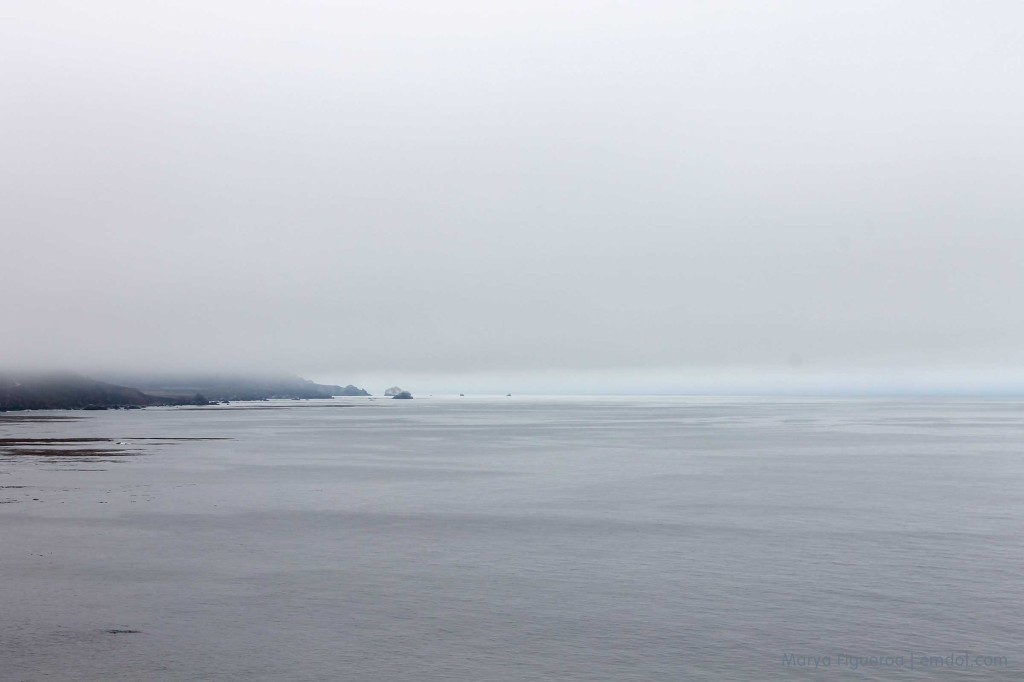 We headed up the coast with absolutely no agenda. It was strange to head north not knowing what we really wanted to do. Would we hike? Hit up a beach? New places? Old favorites? We just didn’t know.

There were, however, a few spots we had missed before. Not “activity” spots (e.g., not some great hike or beach or café), but random signs or overlooks or gates — those spots that always catch your eye as you speed by before you realize “damn we should have pulled over.”

With no agenda in mind, we realized it could be the perfect day to try to remember where those spots were, pull over and snap a photo or two. That became our mission.

One of our first stops was just to take a picture of the beautiful horizon that seemed to meld into the marine layer — glowing shades of silvers and blues. Steve almost immediately noticed a hidden bench, tucked behind two boulders. You can read about this (and see the video of my fear) in the post The Hidden Bench that Scared Marya. 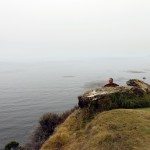 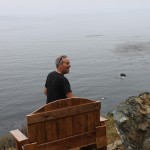 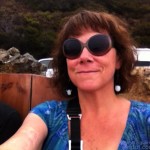 Partington Cove was definitely one of the spots Steve had noticed before. He wanted to know where all the people were hiking down to. It turns out there are two hikes: one on the ocean side (Partington Cove) and one on the inland side (Tan Bark Trail & Tin House). We chose ocean, but we’ll be doing the other hike very soon. Check out the blog post Partington Cove to read more about it and to see all the photos. 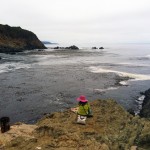 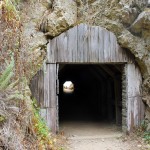 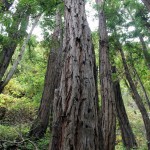 Coffee at the Henry Miller Library

We love the Henry Miller Library. We stopped for coffee. 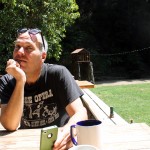 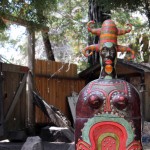 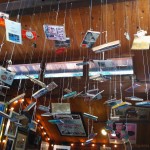 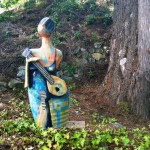 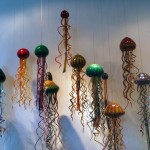 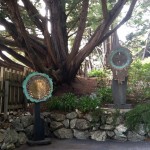 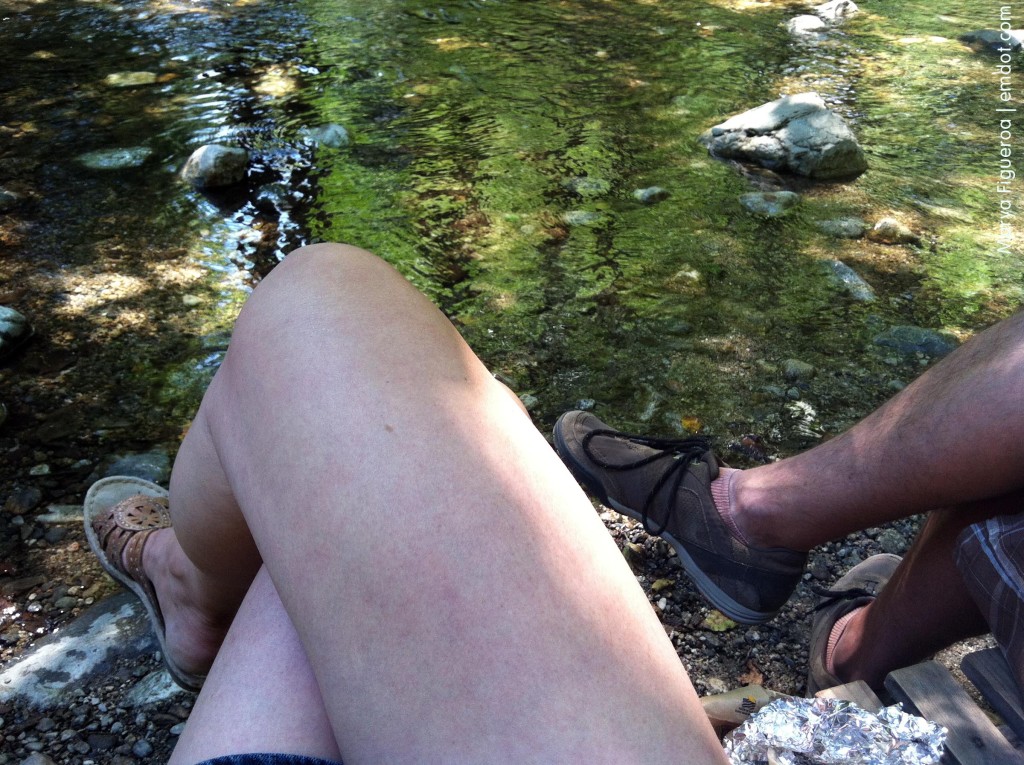 We usually sit right in the river (the chairs are in the river)… but today we just sat at the edge. 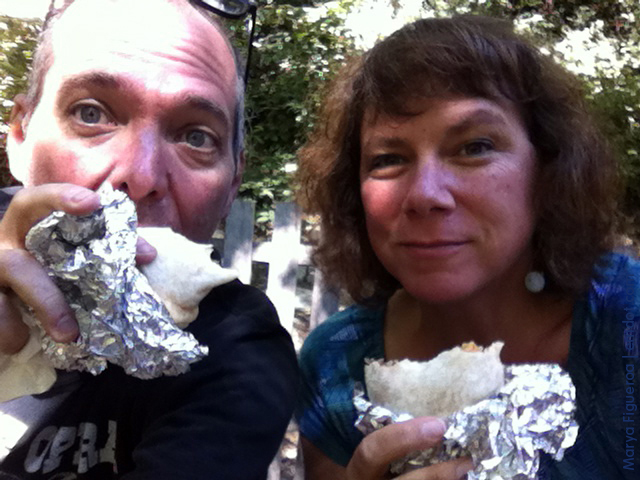 The River Inn was closed for a wedding, so we grabbed burritos at the place next door. Pro tip: add the avo and cilantro; go for the hot sauce; the kombucha there isn’t our favorite.).

Steve spotted the condor while we were driving south, heading home. It was high in the sky and not really easy to see. I did not care. I wanted to see a condor in the wild. We pulled over and watched the (very slow gliding) bird circle above. It seemed to be searching for the sunlight and was soon out of site, above the fog and in the sun. 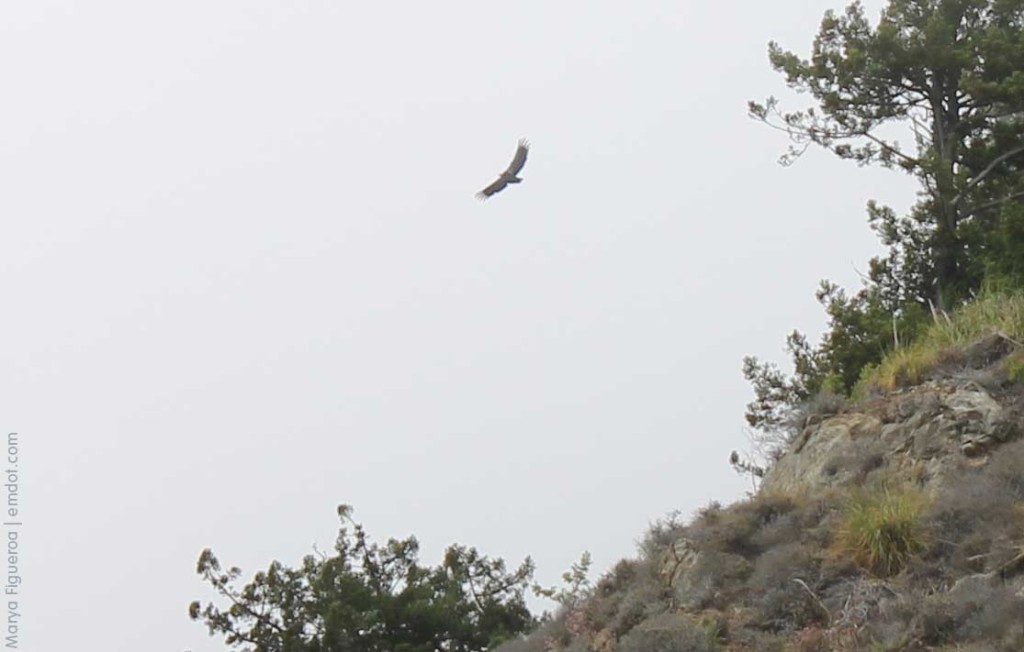 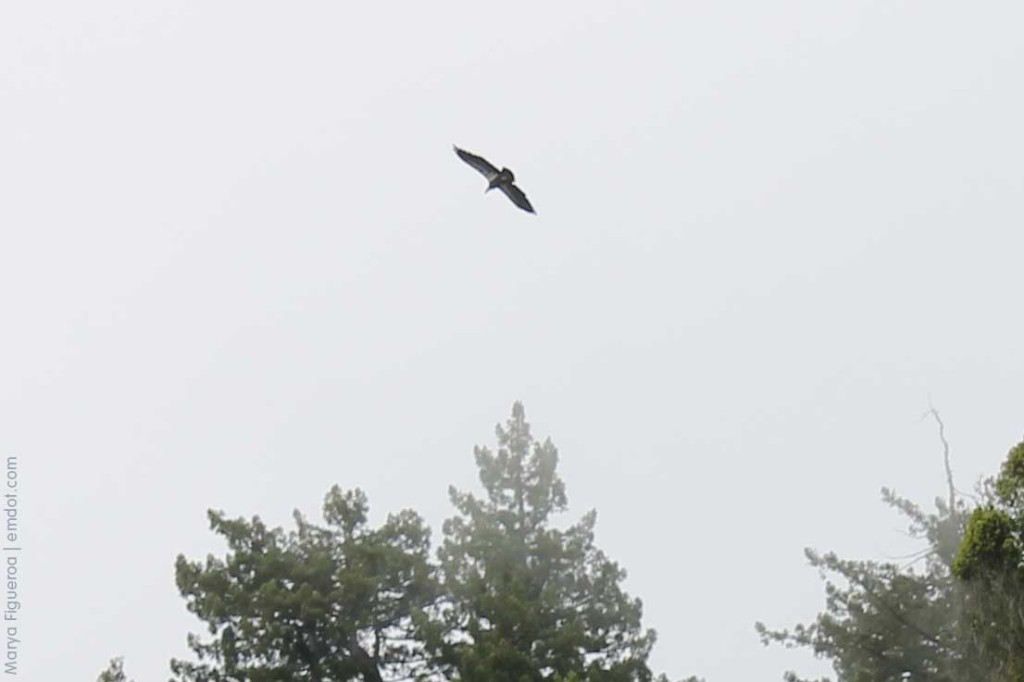 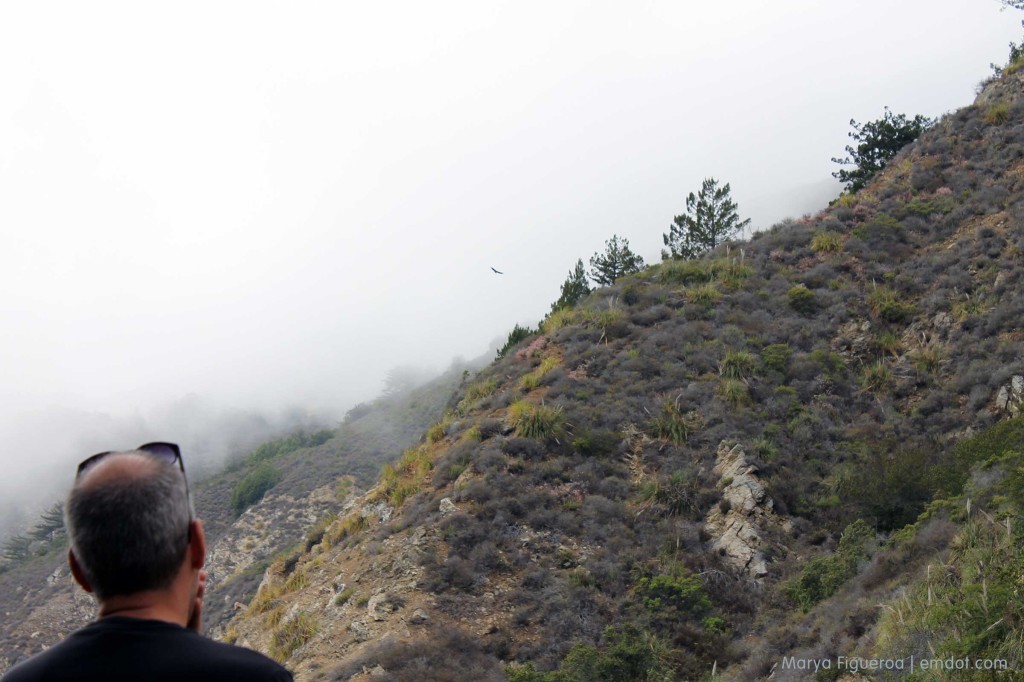 Big Sur (like so many coastal parts of California) is a series of microclimates. We got some bursts of warmth and sun in parts, in bits, in spurts, but for the most part it was overcast with low-lying clouds or fog. While not the typical beautiful summer day, still gorgeous in its own right. It was also thick with tourists, many stopped at any pull-out they could manage. I called it the Roadside Attraction. 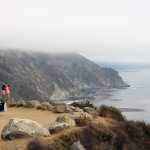 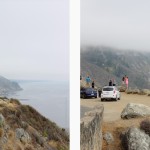 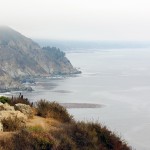 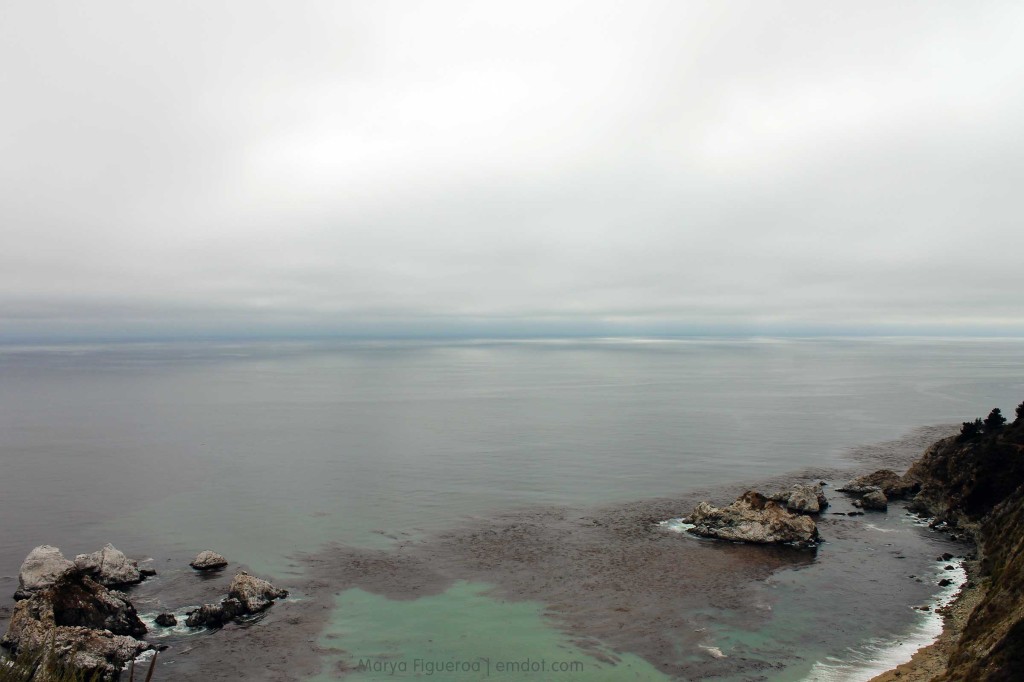 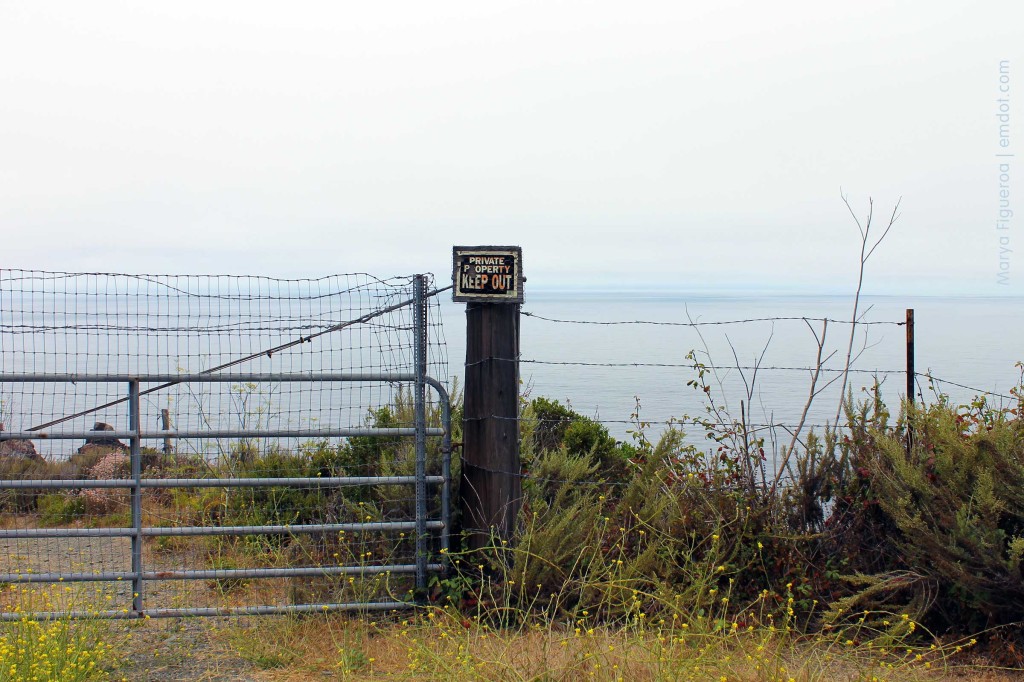 You can see all the photos in my Big Sur July 2013 flickr set. 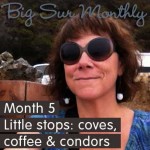