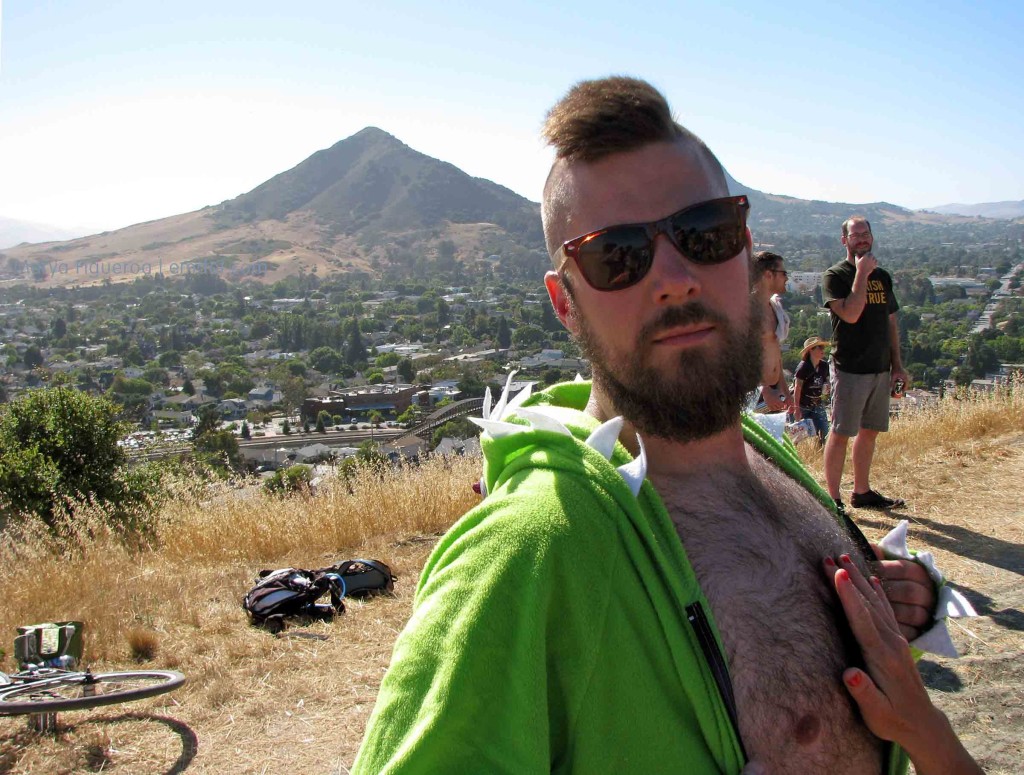 Week 14. Terrace Hill. June 22.It’s hard to even know where to start when it comes to this Week 14 hike. It was a short walk up hill (took less than 10 minutes to reach the top), but it was scenic, friends were there and fun was had. It involved (watching others) racing bikes, drinking beer, wearing costumes, stumbling towards mayhem, and general debauchery. I took over 800 photos; where to start when considering what to post left me overwhelmed.

So this is what I’ve decided to do: show you photos of the hike. Show a couple photos of the race and its aftermath. Link to a humongous set on the off-chance you are super curious and want to see more (on my alt Flickr account). And leave it at that. 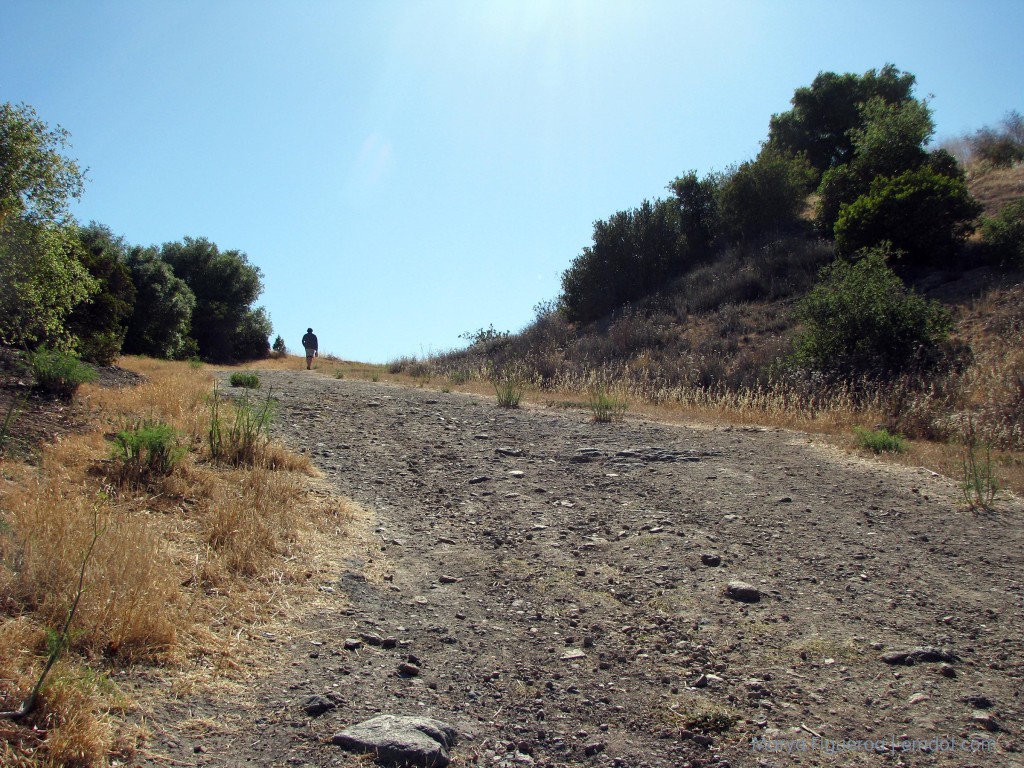 We walked up a short trail. 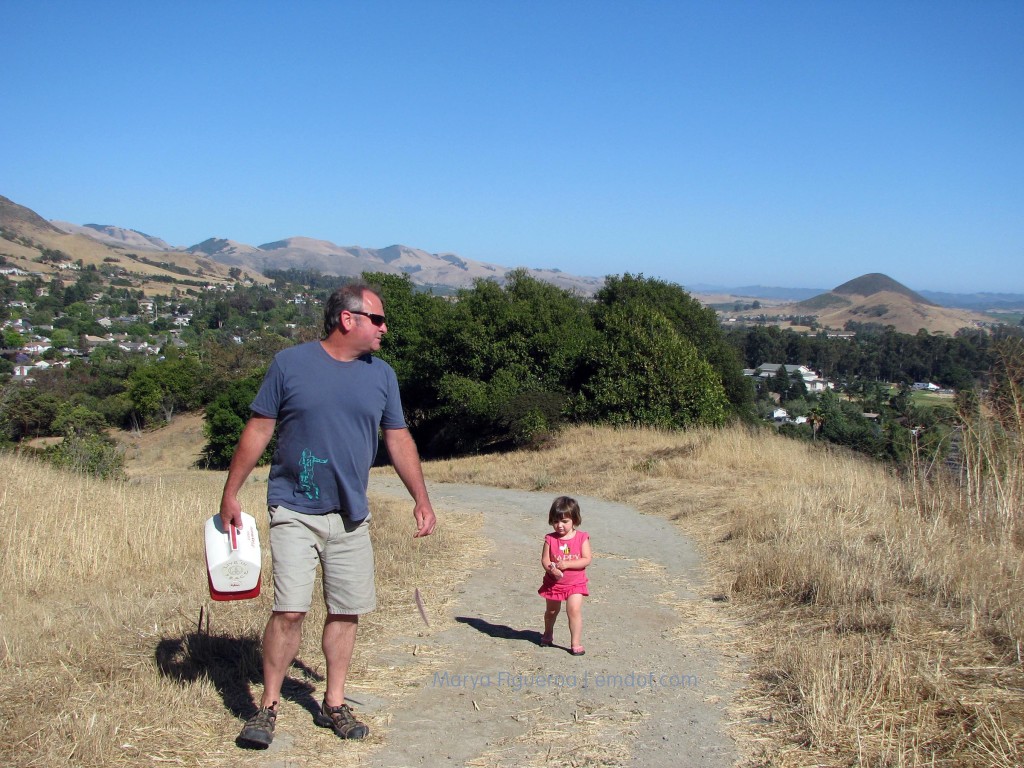 Josie is a great little hiker.

When we got to the top we immediately saw the people gathered. We were there to watch and cheer. 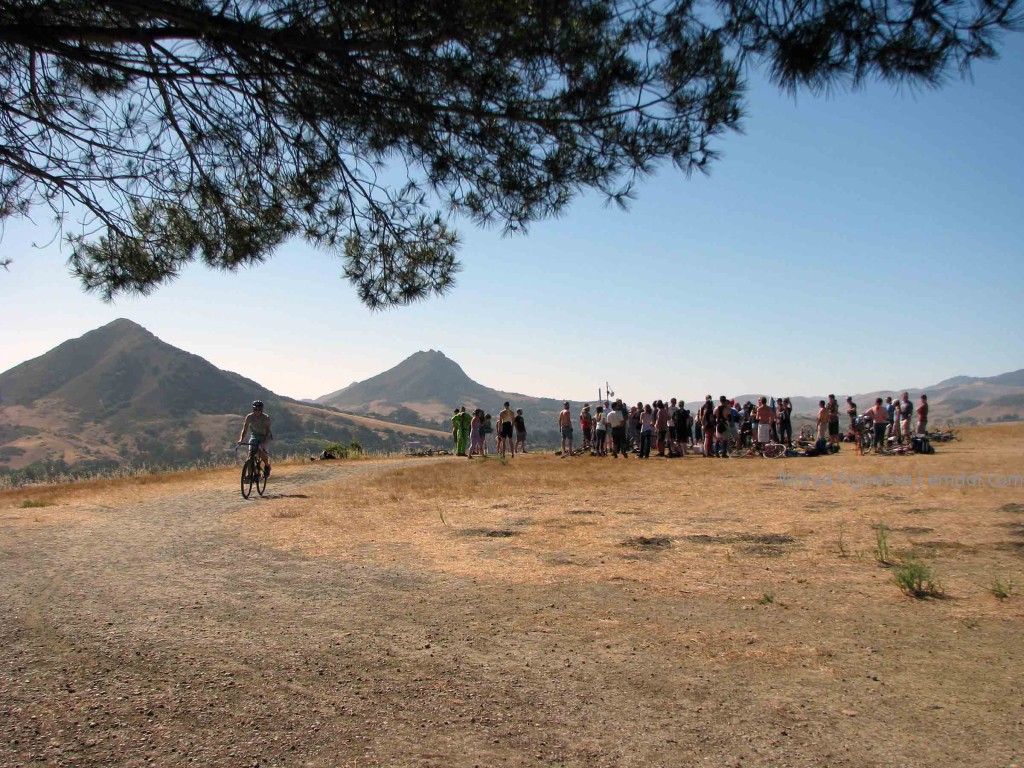 Short video from Steve that will give you an idea as to what the race is kinda like.

The start of the race (you can tell the racers — they are the ones drinking). 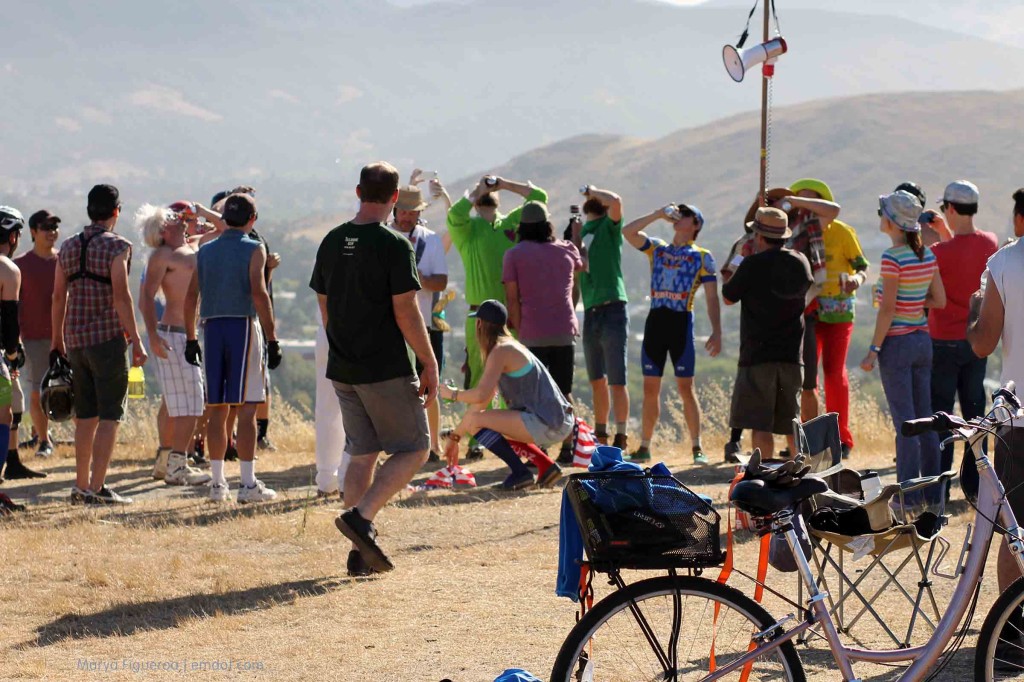 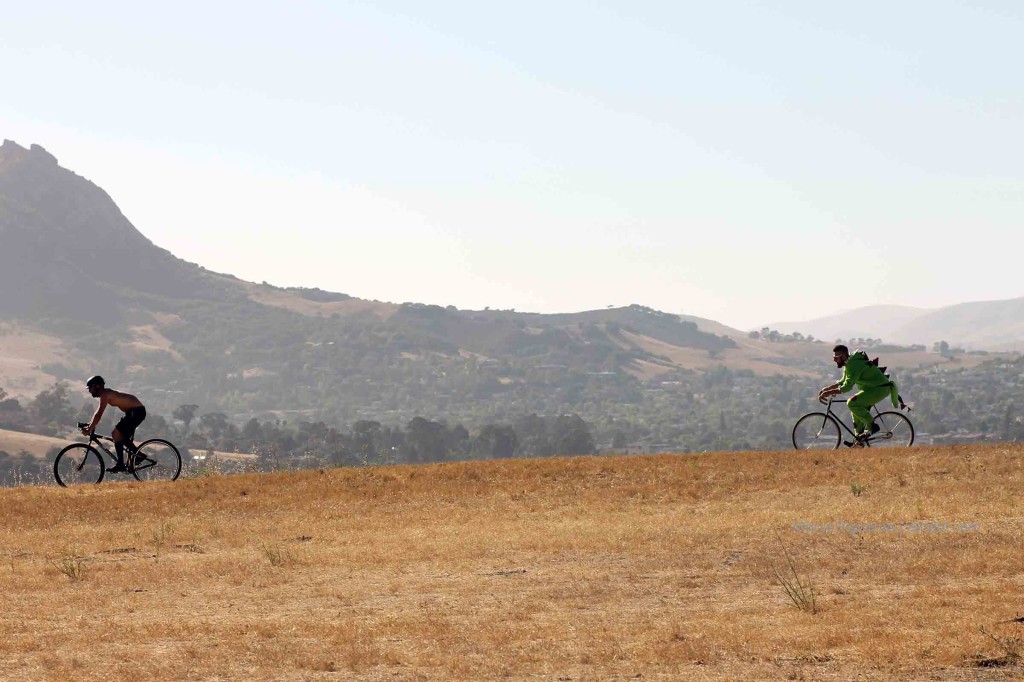 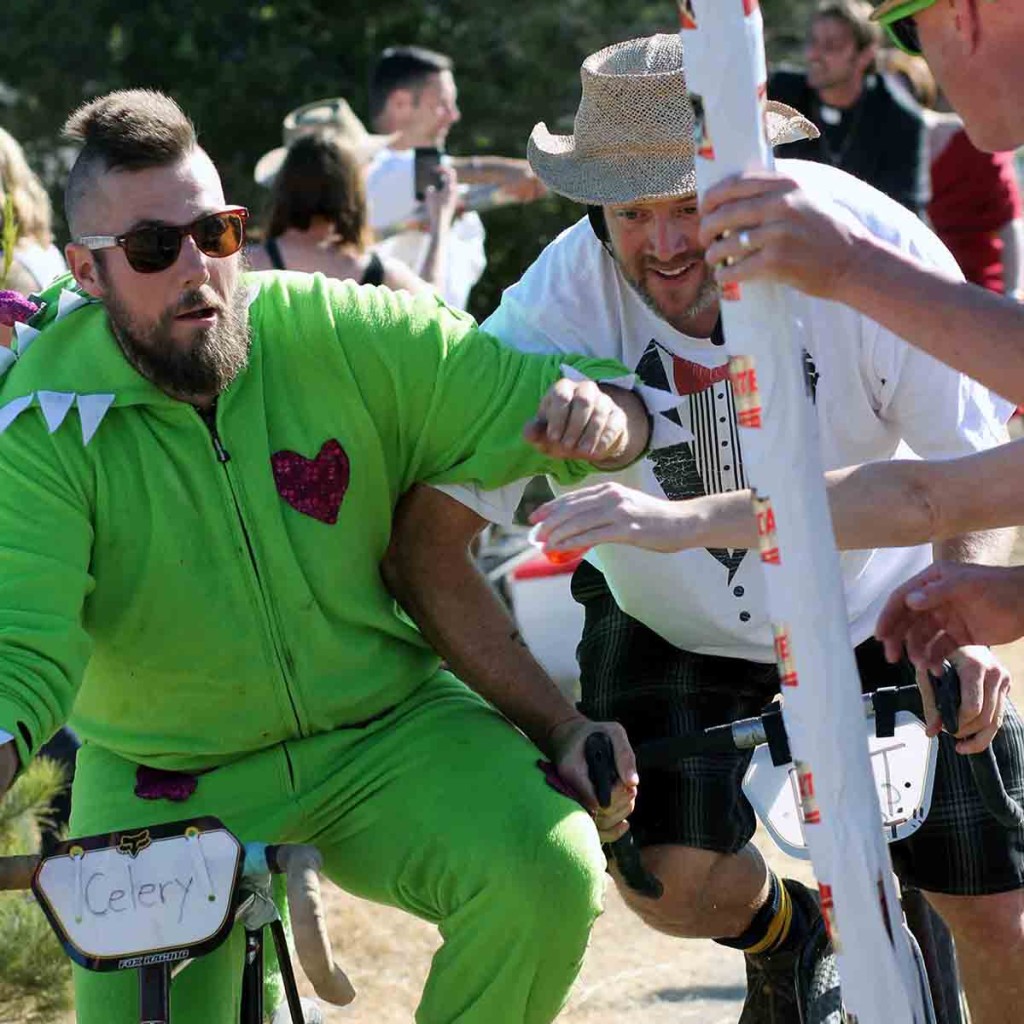 It’s a relay race, so after your two laps, the next rider in your team jumps on your bike and you give him a big push forward. 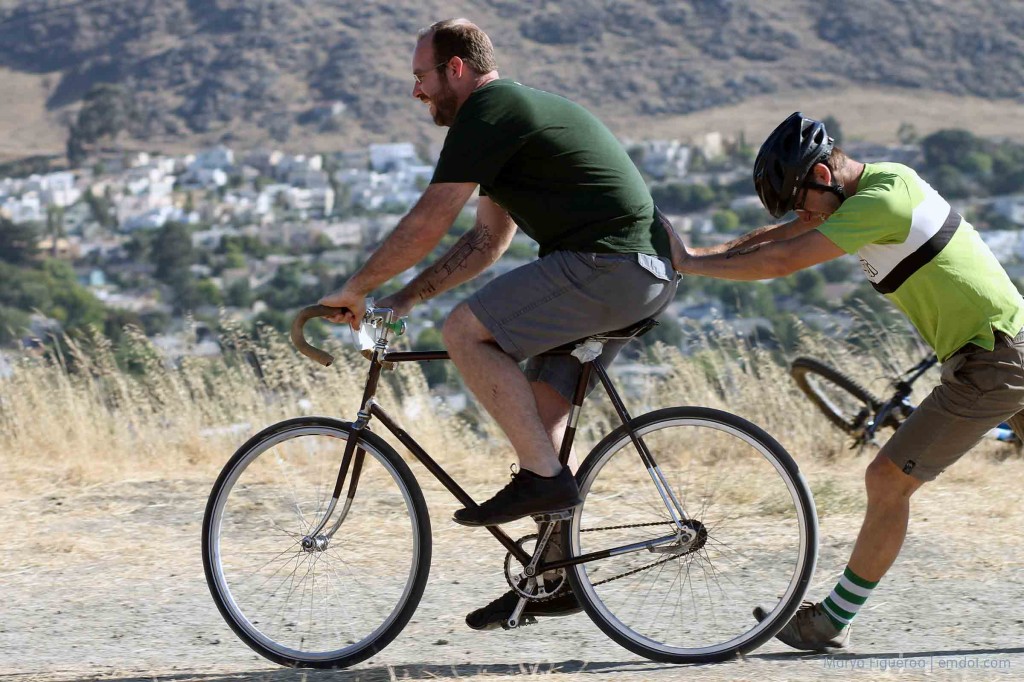 Josie and Shane are avid supporters. 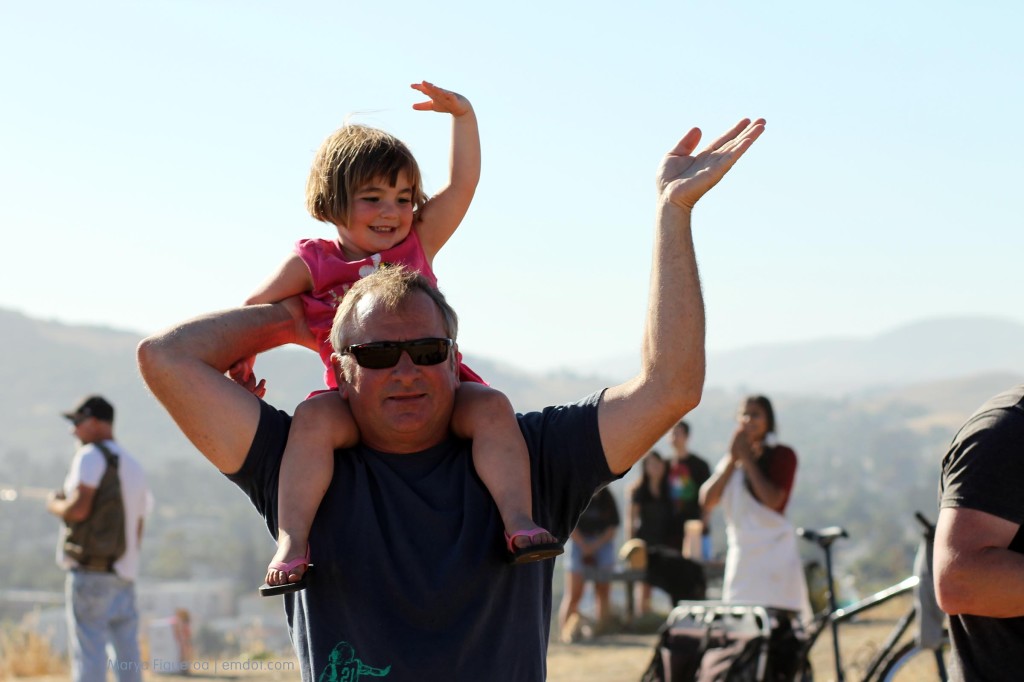 As were many others. (Plus, great late afternoon. Couldn’t be beat.) 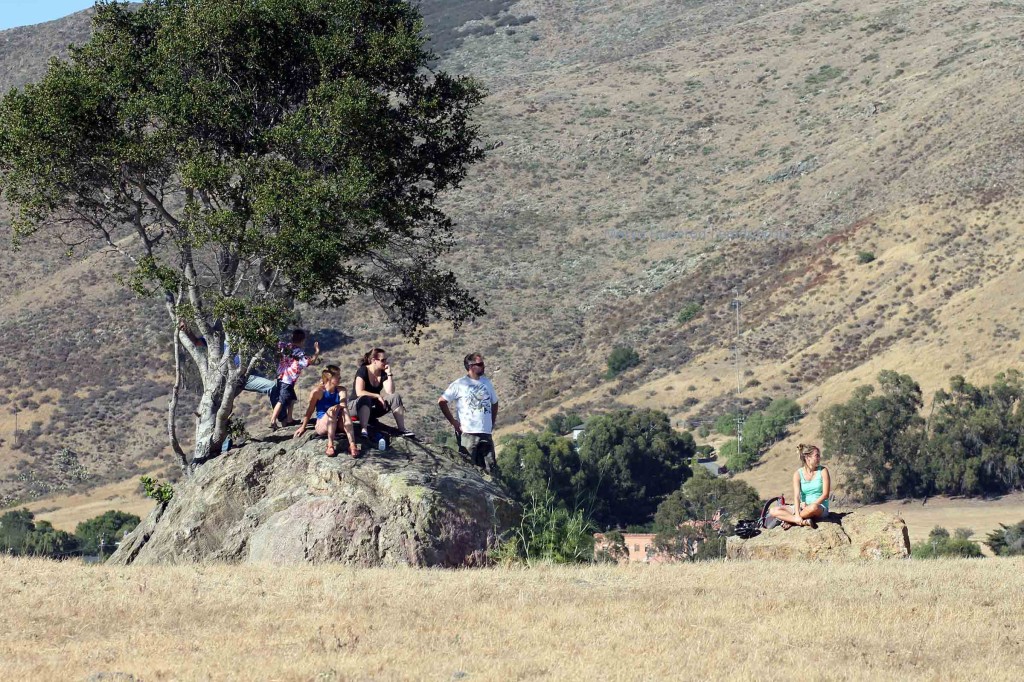 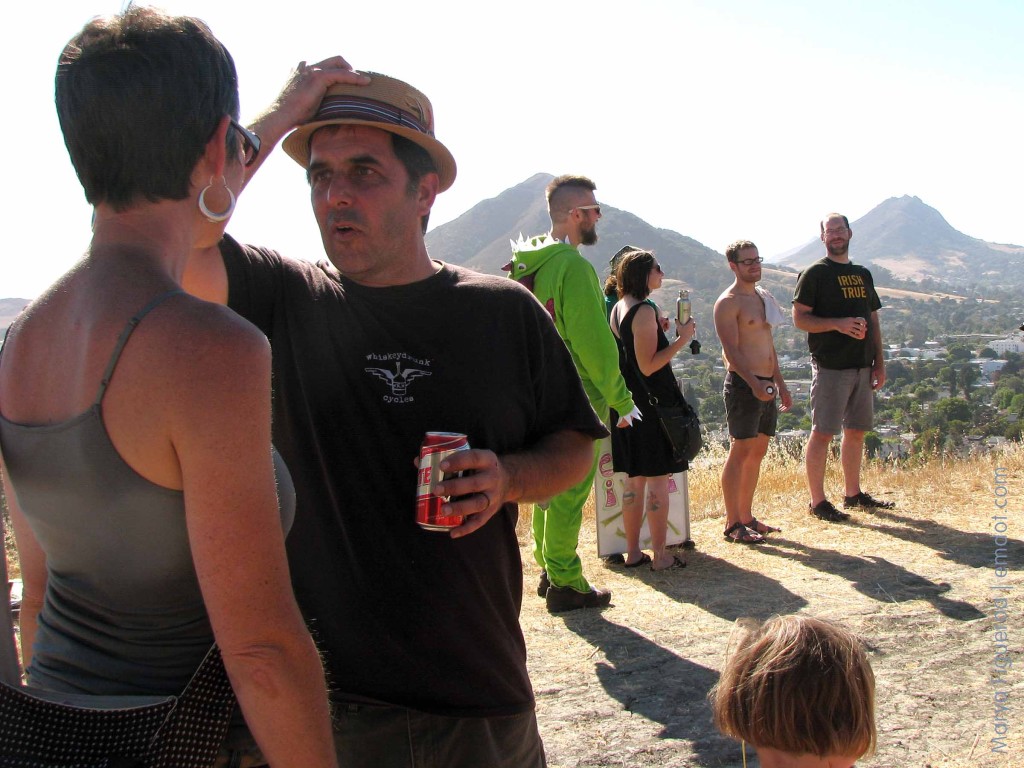 Rumor has it the trophy was stolen. I don’t really know how that works. These guys, tho, they had it. So I think that makes them the winners. 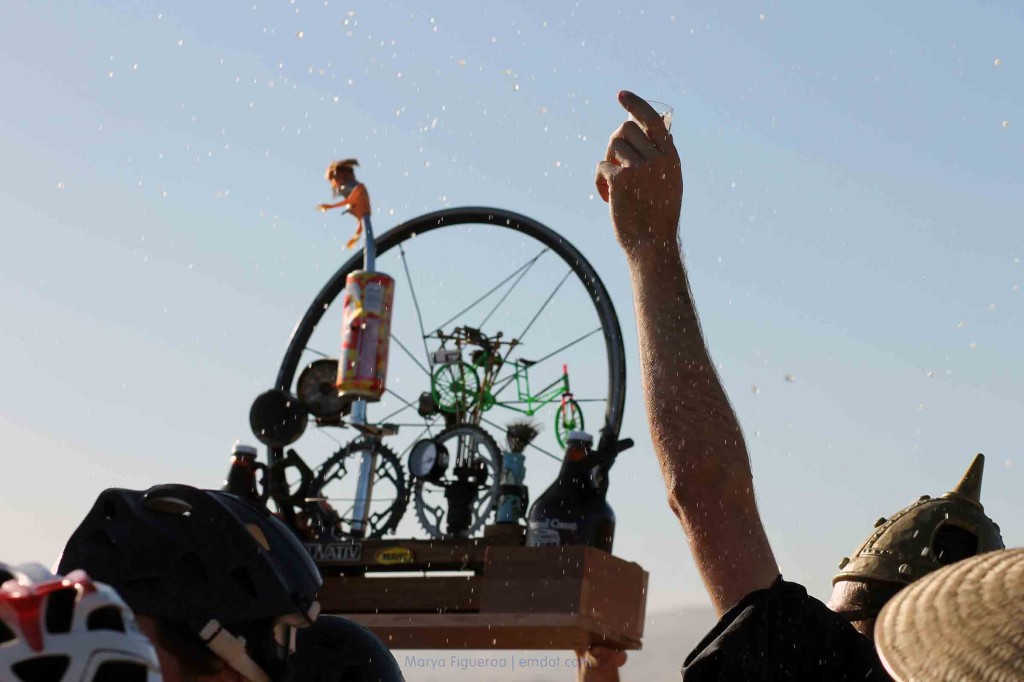 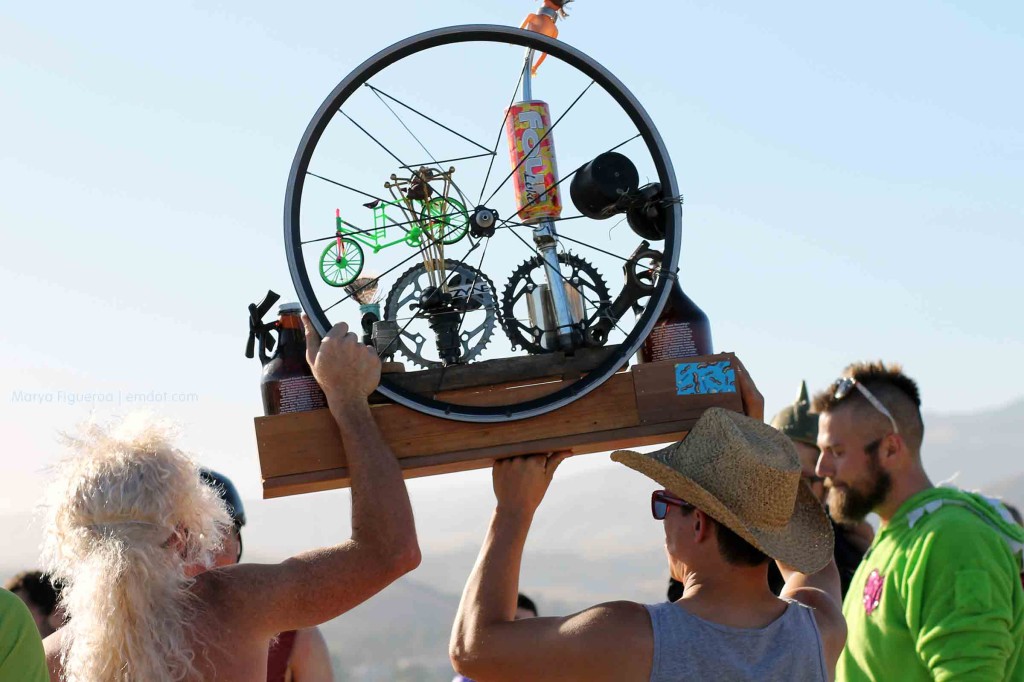 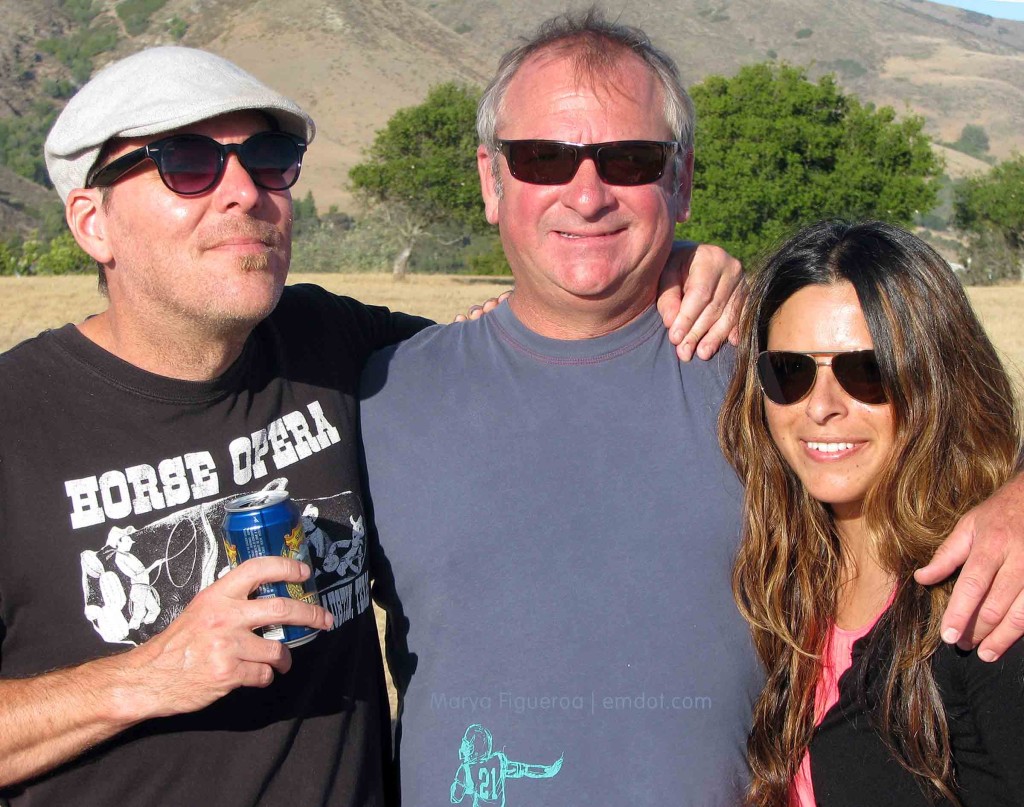 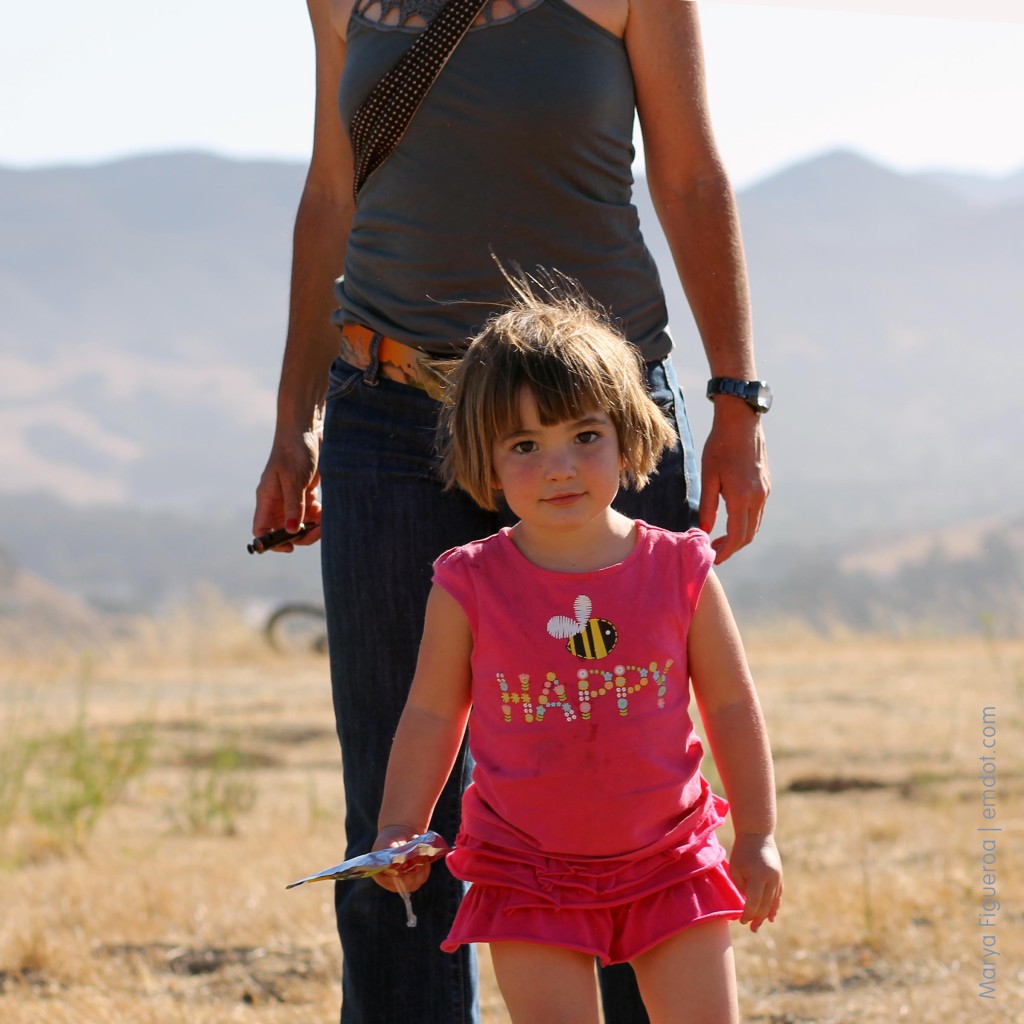 A shadow of our formers selves, wrapping up the day. 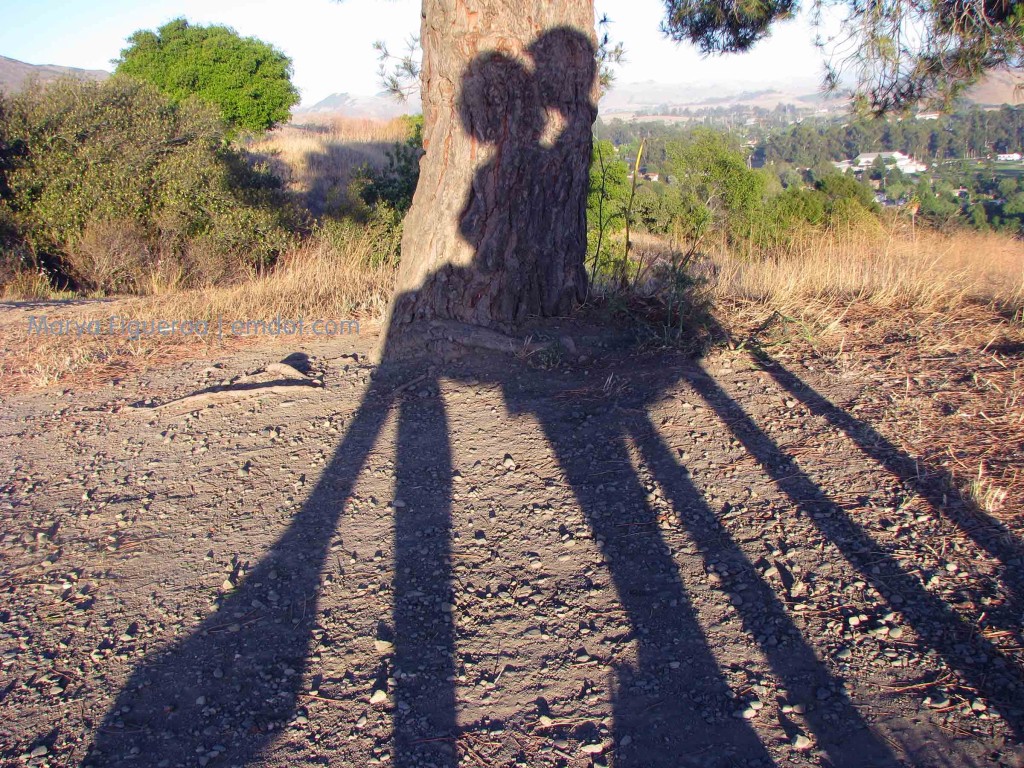 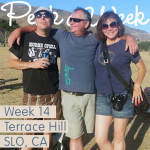